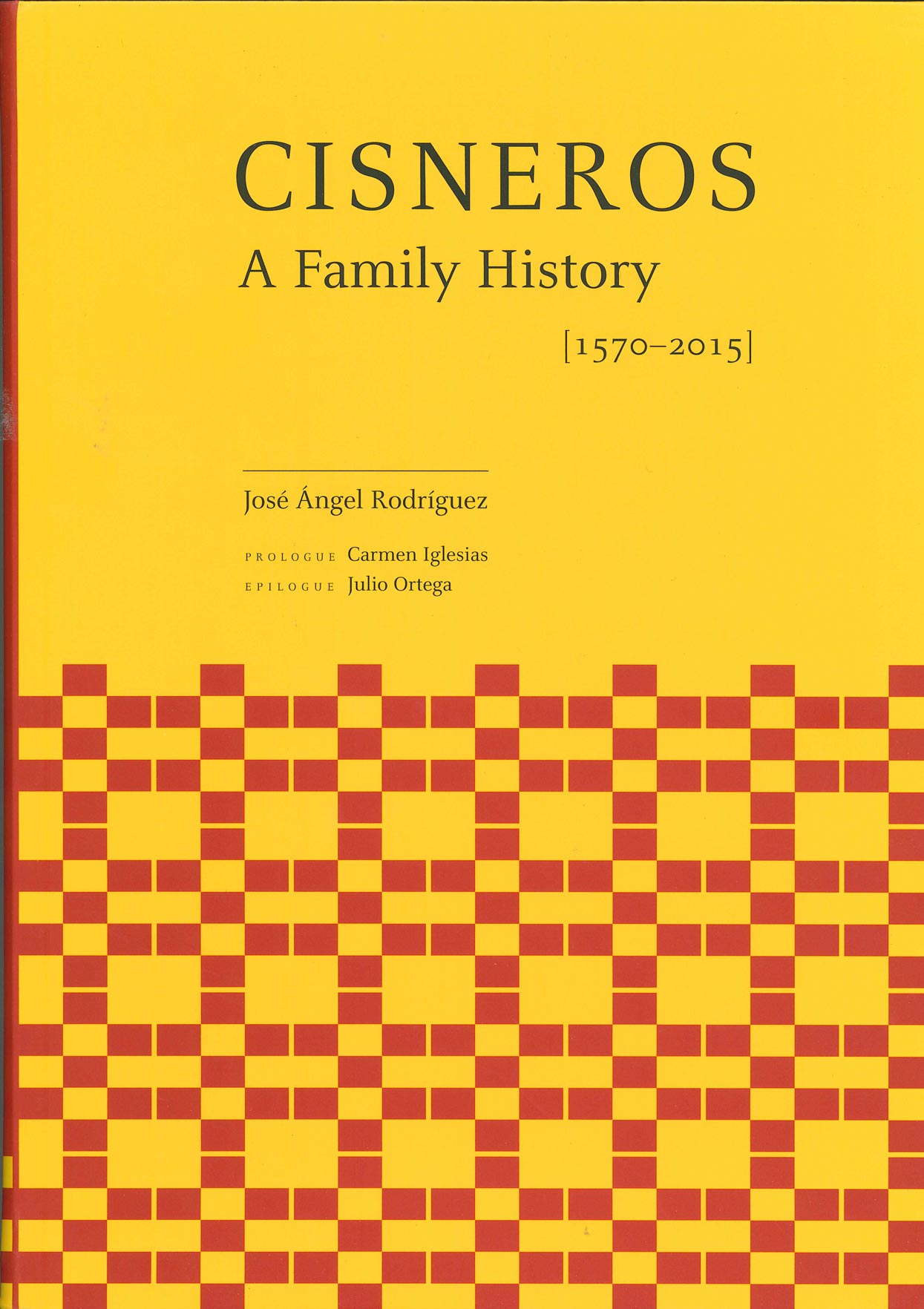 Cisneros: A Family History 1570-2015, is the story of the Jiménez de Cisneros family and their ancestors.

Extract from prologue by Carmen Iglesias: “From Frontiersmen and Women to Global Entrepreneurs”

“You must conquer what you inherit from your parents in order to possess it,” according to a classic maxim. Such conquests of tradition, enriched through personal effort and merit, are the subjects of this excellent body of research, which brings together the fascinating individual stories of several generations of men and women.

It is recounted with excitement and empathy, and presents an important passage of history that pertains to both sides of the Atlantic. The history of the Jiménez de Cisneros family, based on a patient and exhaustive search of archives and reliable sources and well narrated by José Ángel Rodríguez, goes beyond personal events and adventures in order to interweave and ground them in various periods in the history of humankind, spanning Spain and the rest of Europe, as well as the Americas.

Beginning in the small town of Cisneros de Campos, in the heart of medieval Castgile, the story explores the formation of dynasties of what are termed by historians “men who overcame distances.” They began on the Iberian Peninsula, spreading to the flourishing urban centers of Murcia, Cartagena, and Cádiz at the dawn of the modern age. They subsequently ventured across the maritime highway of the Atlantic Ocean, and became scattered throughout Latin America—Cuba, Hispaniola, Trinidad, Cumaná, Caracas. The story is one of several intertwining strands: the general history of the physical places, the history of the people who passed through them, and, of course, the histories of specific people—Luis and his son Alonso Ximénez de Cisneros; José Vicente Anastasio; Diego Manuel Plutarco and his courageous and intelligent wife, María Luisa; Diego Jesús and Albertina, and all the intrepid and clear-sighted men and women belonging to the more than twelve generations that precede Gustavo and Patricia. They are generations in a family history populated with seamen, merchants, a restless, globetrotting doctor (who was trained in the new dentistry techniques in the United States and realized early on the importance of  advertising), men of science and literature (Patricia’s marvelous ornithologist great-grandfather), and Venezuelan women undaunted by widowhood or the need to work to give their children the best possible schooling, to the current global entrepreneurs and patrons. Specific histories and general history are inseparable, complex, and closely related…